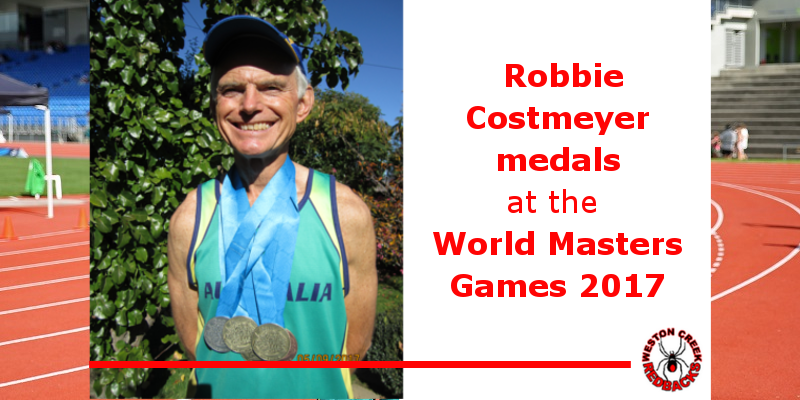 Robbie Costmeyer (WCAC Life Member number 13) competed at the World Masters Games 2017 held in Auckland, New Zealand, in April/May. Over 160 countries were represented in 30 sports with some 30,000 competitors registered. As a recently minted M70 Robbie competed in four Track and Field events plus the Cross Country race on grass over 6 km (the other option was 8 km).

His main objective was to achieve ACTVAC records in all four T&F events, a feat he had not been able to achieve running in Canberra. In the event he managed three records and missed the 10,000m record by a mere 2.27 seconds. He blames this miscalculation on track officials who missed a lap at lap 17 and told him he had another 8 laps to go when he came round again. He was already fatigued and mentally this affected him. This was his only disappointment of the Meet.

His results in order of competition:

Two of the best M70 runners in the world, based on their results at the most recent World Masters Athletics competition, held in Perth in November 2016, one Frenchman and Don Mathewson from Australia were not competing at these Games. Had they competed at Auckland Robbie’s medal tally may not have been as prolific but “one can only beat those that turn up for the race”.

Robbie hopes that this article will inspire other athletes to continue to compete as long as they continue to enjoy it. 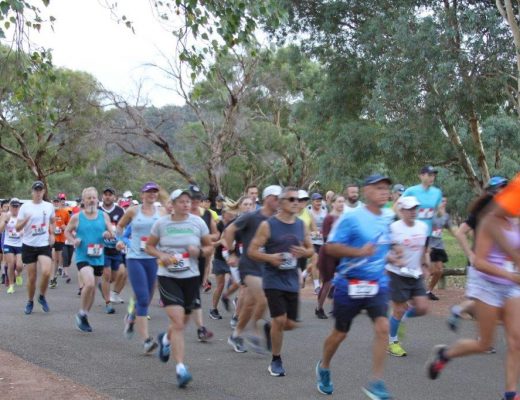